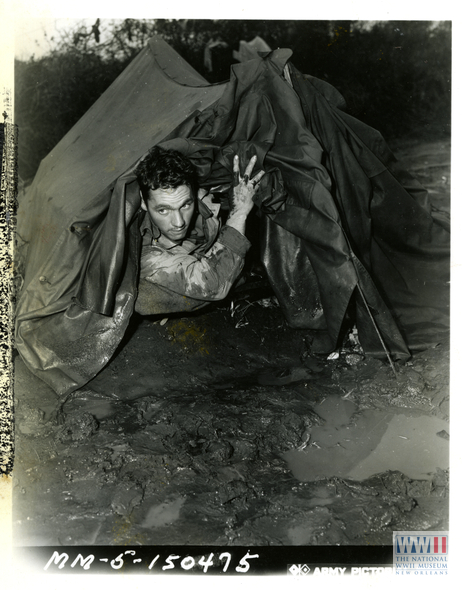 I had a set of US surplus shelter halves delivered today, sans poles, pegs and ropes.

I had been looking for a cheap set to play around with for "traditional" camping but I found the shipping costs from overseas to be quite excessive. A Sydney-based seller on That Auction Site has a bunch of them so I ordered a set last week. If you are interested in playing around with these as shelter systems or even for cutting up and making them into other stuff like bags, packs or anoraks, you can find them here - http://www.ebay.com.au/itm/371042702974 for as long as the listing remains live (no affiliation) When pitched as per the manual (see http://www.hardscrabblefarm.com/vn/tent-pitching.html for the relevant pages from said manual) using two poles of the specified length, a bunch of pegs and two shelter-halves with guy ropes, you end up with a two-man pup tent which is suitable for even highly inclement weather if sited and pitched correctly.

My first impression when I received the parcel from the man with the white van was "wow, this is kinda heavy". It probably weighs close to 3kg, and remember, mine came without poles or pegs. My second impression was "wow, these are very close to being unissued and brand new, unlike the decrepit faded out one in the seller's photo".

My first task was to follow the manual and set it up "by the book" so I had a baseline to work with. I snapped the sides of the two halves together and then discovered that without poles, I had no proper frame of reference for the height I should tie off at. A couple of minutes' research gave me the answer. The issued poles are 42 inches long, which converts to approximately 106.688888888888888888 cm.

Here's some pics of mine set up "properly" - (it's a bit floppy and loose in places and I blame that on a late night last night).

I can't believe how cheap they are

I know that the original intent is that each of the two men would carry half each, bulk and weight wise is it one man portable?

The reason I ask is because it is considerably cheaper than the canvas tarps I have been looking at.
Last edited: Apr 28, 2014

I don't have the proper poles, but 2 x shelter halves rolled and tied with hutchie cord or the issued guy line as well as 10 basic stainless steel wire tent pegs is reasonably man-portable at 3.27kg... just. For this type of camping you have to expect and plan for a big weight penalty. The basic 600g nylon Aussie hutchie is a direct replacement for the shelter halves and it would remain my choice for general bushcraft shelter use due to versatility, bulk and weight.

As for using the shelter halves as tarps, despite the odd diamond shape, they'd work pretty well as both tarp shelters and as basic tarp covers. The weight of the canvas is approximately 10oz. I have no idea what that is in GSM.

Both halves, plus ropes and pegs stowed under the flap of the old A-frame rucksack
Last edited: Apr 28, 2014

Upon further reflection I'm confident the shelter halves are brand new and unissued. They still have the wax marks on them from the factory.

One is dated 1983 and the other 1990, so that explains the cheap price - there's no real collector's market for such late-manufactured items. I think the 1990 shelter half would have to be almost one of the last batches manufactured.

All that's left to do now is to change that pesky "US" to "AUST" with a texta and work out more ways to pitch it using one or both halves.
J

I have a US two piece pup tent,I need to waterproof it,any suggestions are welcome,thanks .

Two options I looked at, a more tradional linseed wax application or an aerosol silicon spray from one of the camping stores.
J

Perhaps I'm wrong,but I thought I read somewhere that certain additives would cause premature material decay.Naturally I want to avoid such product.

Jeepcreep said:
Perhaps I'm wrong,but I thought I read somewhere that certain additives would cause premature material decay.Naturally I want to avoid such product.
Click to expand...

Yeah not sure about that? The two mentioned I've not heard of such an issue, but would be good to hear about it if it does. They are a very versatile shelter with a little modification.

A combination of beeswax and olive oil, or beeswax and liquid lanolin will make a safe water proof mixture.

I have only tried it on leather, but I don't know about canvas products.

My Daughters setup using a swag and her Pup shelter

Just a little note on this subject guys, Beeswax and lanolin/linseed oil makes a highly flammable fabric as you are essentially adding fuel to the fabric. If you take a small piece of treated fabric and test it you can see just how flammable it is. It would only take a small flare up to potentially cause an issue. Not safe for fireside camping. The silicone spray would be a better option if you are looking for a more traditional sleep by fire set up IMHO.
You must log in or register to reply here.
Share:
Facebook Twitter Reddit Pinterest Tumblr WhatsApp Email Share Link
Menu
Log in
Register
Top