I own a Hathcock sniper and have converted an old swag into a target and missile collector. Very happy with the sniper.

lever said:
I own a Hathcock sniper and have converted an old swag into a target and missile collector. Very happy with the sniper.
Click to expand...

Great to hear you are happy with it. A couple of questions if you don't mind. Where did you buy suitable ammo? Which bands are you using?

I just had a read of that list Biggles... Thanks for the heads up. A big part of me wants to argue that we are loosing our rights but most of that list is generally only used as weapons. Any tools, bushcraft items, sporting items etc were not listed. I'm surprised big knives have not made the list. The sword definition is a bit ambiguous.. A big knife or machete could fit into that category.


I did read the slingshot section and it reads the same as what everyone is saying. 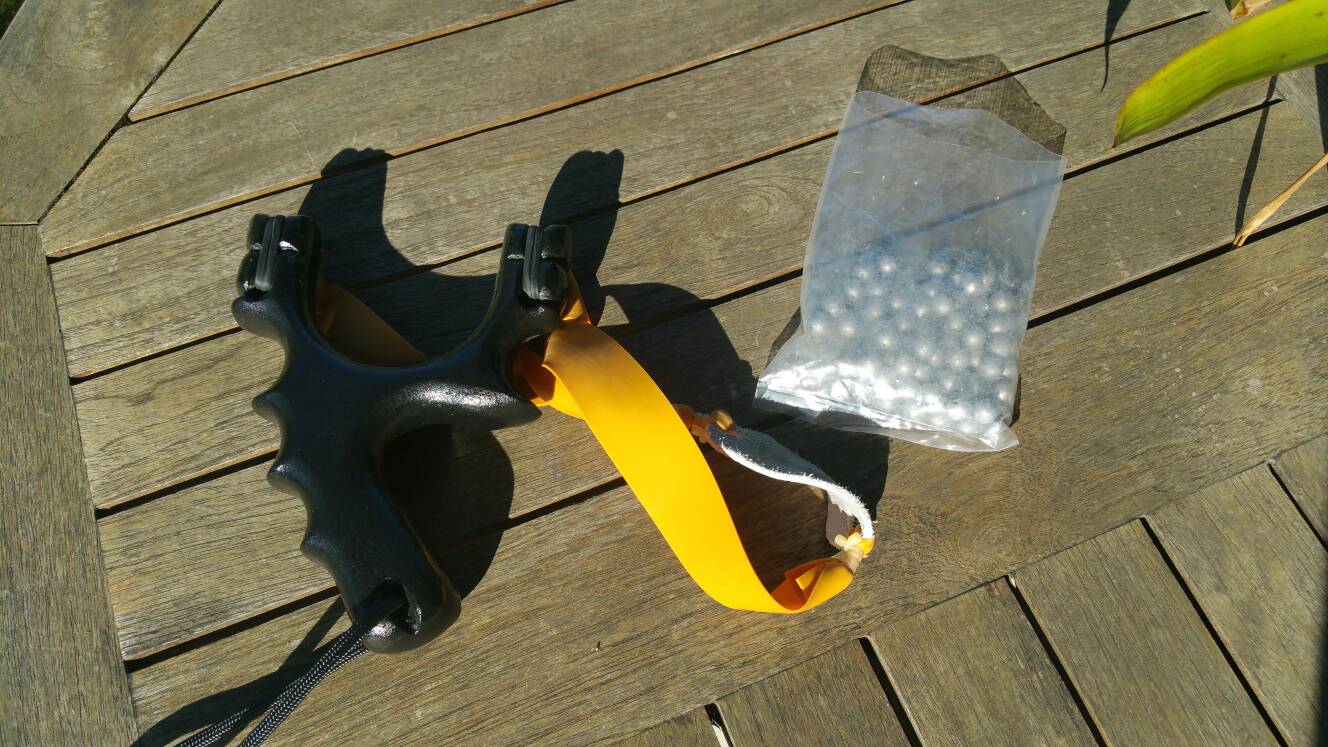 They didn't include the ammo I had ordered but I went and picked up some small sinkers last night and started practising. It was a bit frustrating to start off with as I haven't shot one in a couple of decades, but after a while I was able to get my technique right. Very happy to have this as part of my kit!

Suddenly I feel like a 10yr old again! Looks like fun. I was looking into the idea of a sling bow last year. They look like decent little compact piece of kit. I'm glad it made it here in OZ.

On the note about customs, I met one of them last week (my brothers neighbour). I asked all the tough questions a lot of us would have wanted to ask. In a nutshell, he said they are (the customs workers) extremely regulated. It's either allowed in or it's not. They get so much gear coming into OZ that rarely it has not been seen before so they have protocols for everything. The protocols change regularly and they are across it straight away.

I asked him about them being in a bad mood that day and judging something harshly, stuff just going "missing" or customs not knowing about the item so they just not let it in and he said it is definitely not the case. Everything is double checked and they are scrutinised constantly.

His take on it is that they are as fair as can be...I got the feeling he was being pretty straight up.
K

I hope I am not butting in,I also have one but I also shoot Muzzleloaders so I cast my own I use a .5 dimeter mould.I have heard that you can buy bulk steel ball bearings but I would try to keep the size at least half an inch or 13mm.
Kingsley